Our version of "the stolen scream"

A fellow photographer recently sent me an interesting story about "The Stolen Scream: A Story About Noam". You can see Noam's video here. This young man posted a photograph of himself that "went viral" and went around the world. It is a fascinating example of the "Web 2.0 world" that we live in today, but also a little scary in terms of the copyright infringement that went on in his case.

Anyway, we recently posted photos from a photo session with a wonderful model named Anthony. Anthony takes his modeling career seriously and it shows in every aspect. One of the things that he does is exercises to loosen up his face before a shoot. Remember, modeling IS acting and that takes practice. We took a few photos of Anthony while he was warming up and one of them looks to me a LOT like this "scream" that went around the world! 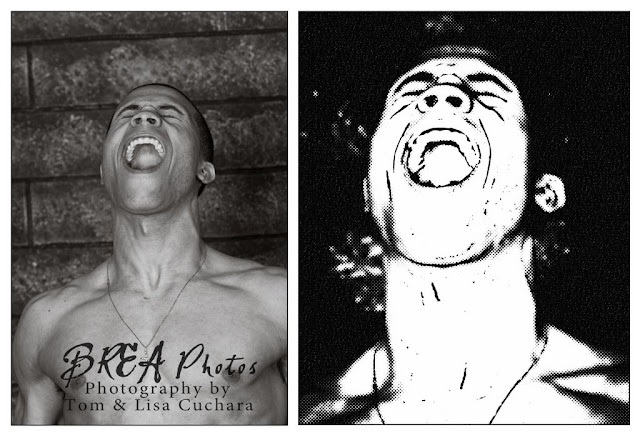 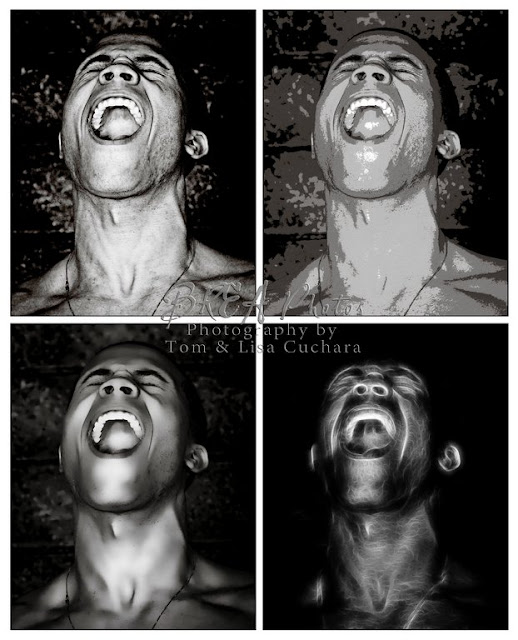 My name is Noam Galai (26, Israel), Live in New York and work for AOL and also a freelance photographer . About two years after publishing photos of myself screaming on the Flickr, I discovered that my face was ‘for sale’ in several stores around the world, as well as on the Web and spotted it in places like Spain, Iran, Mexico, England and many other places. When I realized that its not a one-time-thing and my face is being used in so many places i decided to start collecting images/videos of all my ‘appearances’. So I decided to open this blog to keep track of all the different places with my face on them. I will post new photos and videos as soon as I find them. Of course – feel free to send a message if you saw my screaming face anywhere… I will be more than happy to see more stuff. Read all about the Screaming photo here
Posted by Lisa and Tom Cuchara at 1:43 AM